How a toilet works and why it breaks 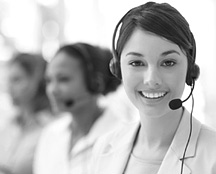 Knowing how a toilet works can go a long way towards understanding what problems it is experiencing. Toilet technology has undergone a major evolution over the past thirty years and continues to reshape how people interact with this very important household appliance. The following discusses how a toilet works and some common issues.

Toilet technologies have been diverging since the 1980s. Early flush toilets worked with 20 litre tanks but were converted to "low flush" models across Canada and the United States starting in the mid-1980s. For a time 13 litres was considered low flush but as water conscious communities such as Ontario or Vancouver sought to enhance conservation efforts they mandated the next generation of low-flush toilets at 6 litres. Low flush toilets have been redesigned to move solid and liquid waste more efficiently than the earlier models, with varying levels of success.

Dual-Flush Toilet Technology Dual flush toilets take the concept of water conservation to a new level and are becoming more popular in Canada although they still have not become a common sight. A dual-flush toilet comes with two options for flushing out the waste: 6 litres or 3 litres.

Sometimes toilets, particularly low-flush toilets, have added problems with the drain systems because there is not as much water forcing the waste product down the pipes. As it sits there it can cause a brownish smudge along the inside of the bowl which is unsightly and often has an odor. The problem often becomes worse when the toilet has not been flushed for a period of time, and so one solution has been to flush extra times before the toilet is going to be left alone. Also, adjusting the angle of the drainage can make a difference, but that requires changing the pipes within the bathroom. A clogged drain often requires professional plumbers to unclog the mess.

This can go one of two ways. Some toilets have too much water pressure and will send extra flushes down when a person only intended to flush once. This is usually caused by high water levels or pressure and is less common when switching to a low-flush model because there will be less water overall. With a low flush toilet many people have noted problems with weak or insufficient flushes. This can be caused by problems within the chain as well as design flaws. Other times it happens when the flapper valve is waterlogged and does not have sufficient force to trigger the right level of flushing.

A toilet will leak under the tank or around the bowl if there is improper spacing along one of its key sealants. These can be sealants between the tank and the bowl, which involves draining the tank, but a plumbing expert can also find other leaks along any of the toilet joints.

Modern toilet technology has not caused an end to toilet problems, but understanding the models and how they work can be very helpful when identifying and solving them.
Read more